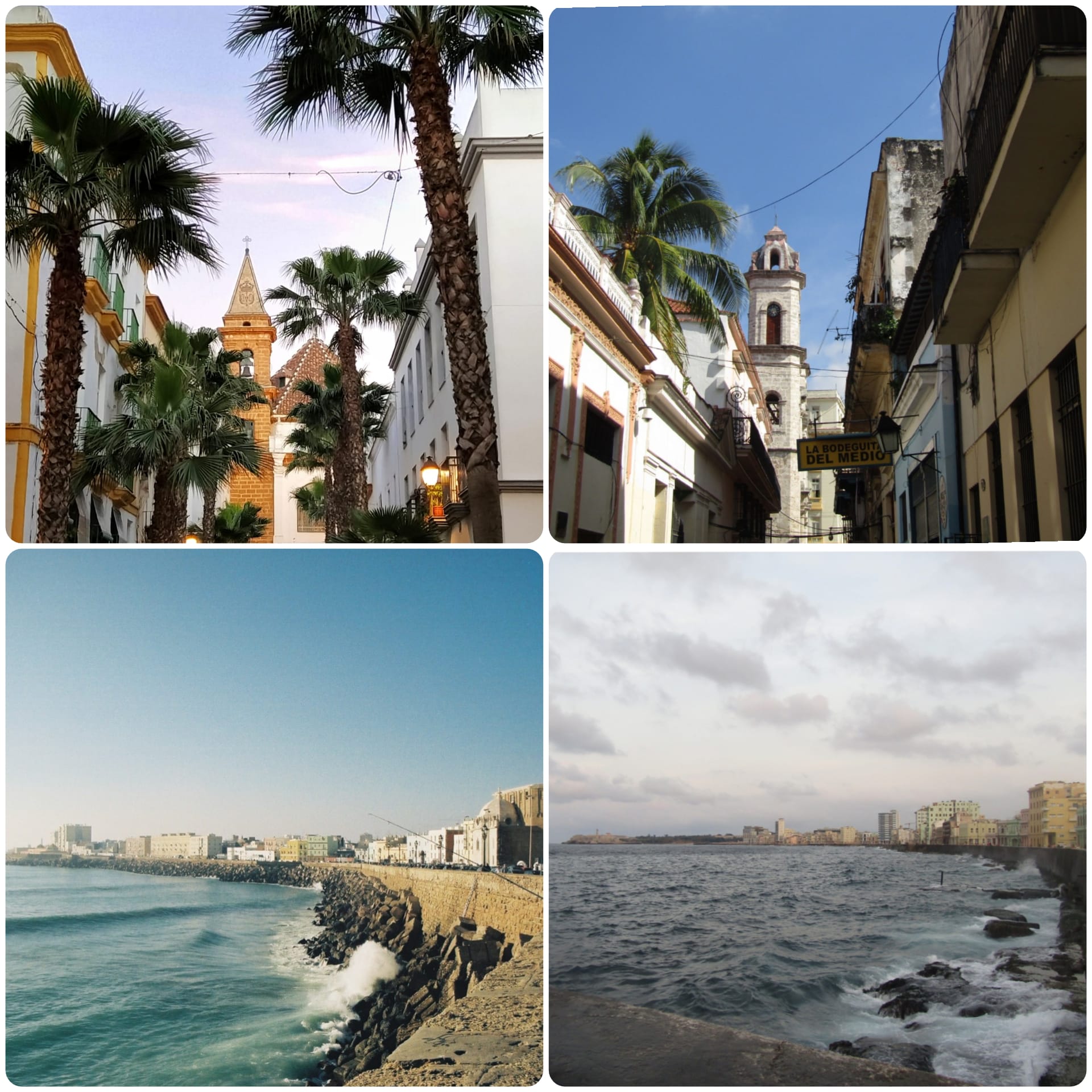 I have just returned from Cuba, I have spent a trying to discover as much as I could about the Island, meeting wonderful people and learning a lot. About their story, and about mine.

A month is not time enough to know how a society works but I’ve been able to know part of it. Being able to talk to locals and share time, meals and cars have helped me to get an idea.

Equally, I am not going to talk about the history of Cuba. Nor from Havana or from Cádiz. But I would like to write about the similarities between both cities.

Have you ever heard the phrase “Havana is Cádiz with more black people, Cádiz is Havana with more pizzazz” ?. It is part of the poem by Antonio Burgos. He wrote it in 1984 and Carlos Cano wrote the Music. A declaration of love to Cádiz. A beautiful Habanera song. Here I leave you a version sung by various choirs of the Cádiz Carnival. Although my favorite is, without a doubt, with the voice of María Dolores Pradera.

Well, Cádiz and Havana. Two cities to which they have dedicated a lot of compliments, songs and poems. Cities photographed and painted with colors. Havana, the pearl of the Caribbean. Cádiz, the mermaid of the Ocean. Cádiz and Habana have been twin cities for more than two decades. Cádiz is the older sister … about 2500 years older … Havana, as a little sister, inherited its merchants, its military engineers and its architects. And this made them both physically alike.

But they are also alike in their way of living. Going out in flip flops and T-shirts, fishing, moving around on a bicycle, enjoying music, socializing on the street, are things that I have seen in both parts of the Ocean. They are so similar that (many) films have even been shot in Cádiz pretending to be Havana. Do you remember Halley Berry coming out of the sea in the movie “007, die another day”? It is our beloved La Caleta beach. Sean Connery shot the movie “Cuba” entirely in Cádiz.

Of course, they also share history. The trading between Spain and The Americas is the greatest example. And even had the same visits, like those of the Japanese army in the 17th century, or citizents crossed ship by ship and wave after wave, and the cultures mixed and feeding each other.

Circumstances throughout the years and political situations have made it clear that, in privacy, personal differences are noticeable. But the union is there and we still have a lot to live for. Like good sisters, we’ll be partying again soon.