With the bombs thrown by the braggarts … 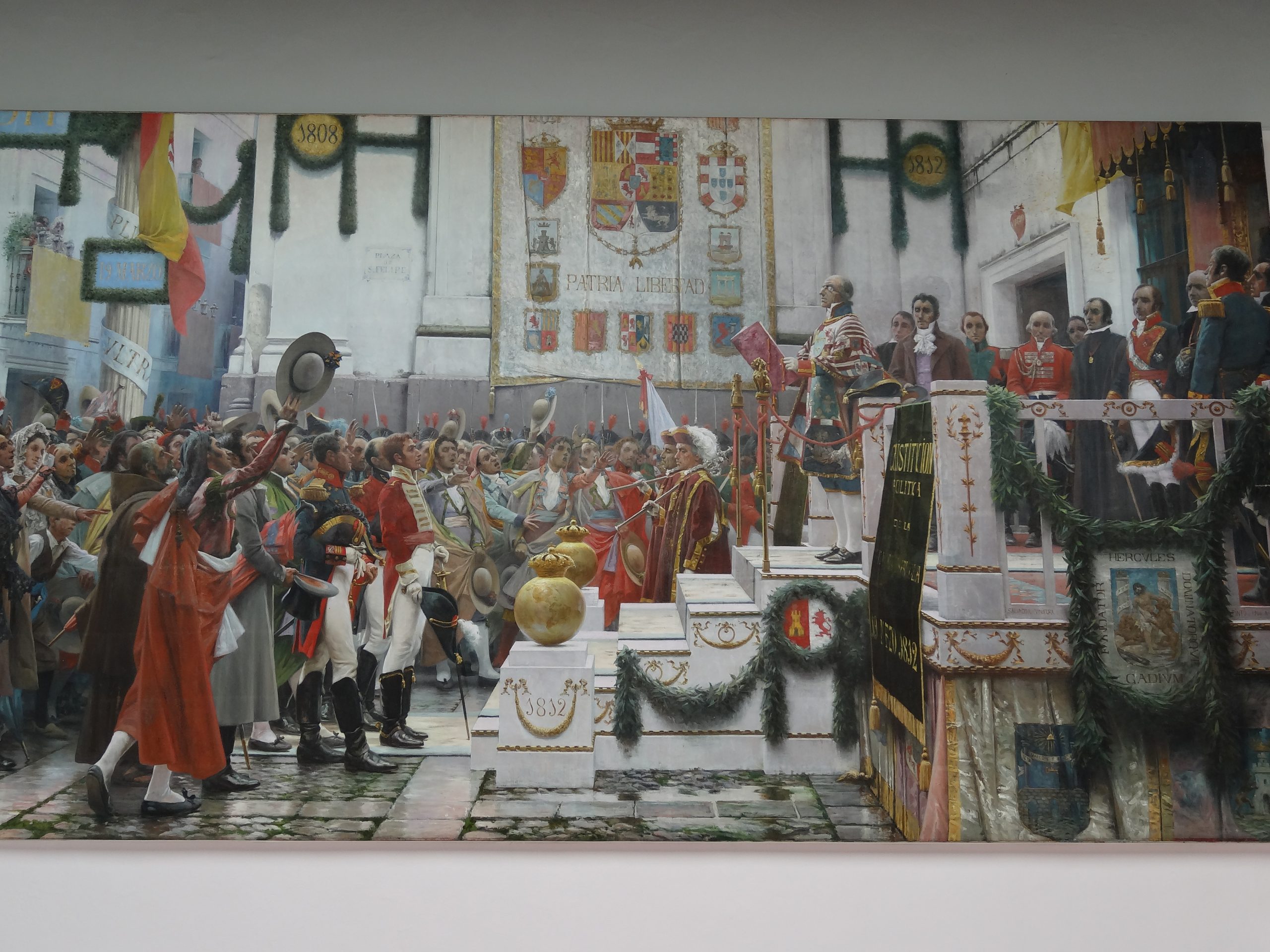 With the bombs thrown by the braggarts …

… the gaditanas curls their hair.

Lola la piconera was already singing it to the French who tried to invade the city of Cádiz during the Spanish war of independence against Napoleon’s army.

If we are proudly boast about anything in this city, is the victory over the French when they tried to besiege it in 1810. Although they did not make it easy for us. They spent 2 years camped, surrounding the cities of Cádiz and San Fernando, bombing an overcrowded city due to war refugees from all over Spain.

In fact, up to this day we are still having names, stories and songs from that time. For example, “the pine forest of the French” zone, in Chiclana de la Frontera, which was one of the sites chosen by Napoleon’s army to camp. Or the story of Lola “la piconera” and her songs, or the origin of the “French omelette“.

But above all, what we retain with more pride is that, after an attempt to conquer, what was born was a letter to freedom. It was here, in the city of Cádiz, where the first Spanish Constitution was signed. La Pepa. So-called because it was signed on March 12, 1812, the day of San José (Saint Joseph).

The most modern constitution of that time. The one that eliminated the absolutism of the king, abolished slavery and gave basic rights to citizens (but just men. It was modern, but not that good). The one that created democracy. The example of the following constitutions in Europe and America (does Simón de Bolivar name sound familiar to you?)

Little is said about this constitution and the people of Cádiz, who were the true heroes and heroines of that historic moment. A constitution that was mistreated and lasted just over two years, when King Ferdinand VII repealed it for his own benefit and dissolved the courts. Yes, after all the efforts of the people and their struggle, the King who runaway when he screwed up after swallowing Napoleon’s lie, decided to return to his totalitarianism (how soon things are forgotten when it is convenient, huh?)

A constitution to which anti-freedom politicians wanted to use the cry of citizenship by celebrating freedom in a pejorative way to point out those irresponsible or carefree situations.

But that cry will continue to echo with pride to celebrate the ideas of freedom and social justice.